Vikes ultimate frisbee a launchpad for competing on the world stage 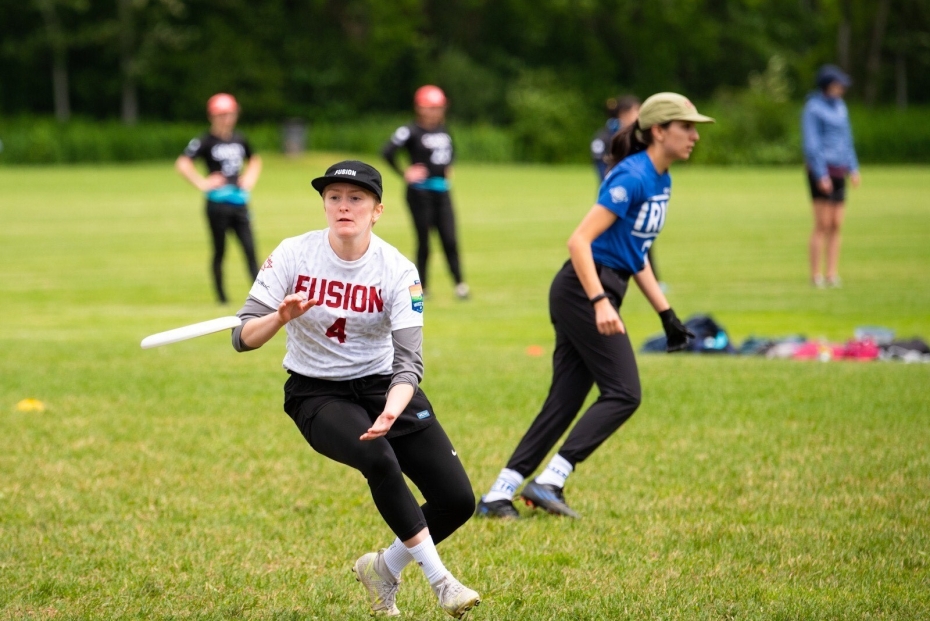 VICTORIA – While the University of Victoria is known for sending varsity athletes to play for the Canadian national team in sports like rugby and rowing, there is another sport on campus whose athletes are going on to represent the Vikes at the highest level.

Flying under the radar are the Vikes men’s and women’s ultimate programs –two competitive club teams on campus that are churning out elite athletes who are making the jump to compete nationally and internationally.

Twelve current and former UVic ultimate players will take the stage at the World Ultimate Club Championships (WUCC) in Cincinnati, Ohio, from July 23-30, 2022. The tournament plays host to up to 128 international club teams.

For top-tier athletes in the sport, the WUCC is the highest level of competitive gameplay besides playing on a national team. That is why athletes like Justin Pettenuzzo and Monica Devonshire of the Vikes ultimate teams relocated this summer to play for two of Canada’s top club programs.

Men’s team captain, Pettenuzzo (read about his younger brother Max here), is spending the summer in Vancouver playing for Furious George, Canada’s most elite club program. Founded in 1995, the team has only ever lost one game at the national championships, securing a spot at the WUCCs every year they’ve participated.

Alongside Pettenuzzo are six Vikes alumni, including the legendary Kevin Underhill, Malcolm Bryson, Ben Burelle, Patrick Church, Devon Thompson and Dave Nielson. Furious George is looking to make a run for the world title and take down the always competitive USA team.

“Playing club ultimate is a massive jump from university; everyone is just that much better, and the pace is faster. I’m one of the youngest guys on the team, but we are playing against grown men, and the physical aspect is just more challenging,” said Pettenuzzo, a Canadian national team player who has already secured a spot on Canada’s U24 World Cup team.

Women’s team captain Monica Devonshire made an even more significant move for the summer by joining teammate Arabella Brundney in Manitoba to play for the Winnipeg Fusion—another Canadian club team heading to the WUCC. For Devonshire, who started playing in Grade 6, this will be their first time playing at the WUCCs, an experience they hope will help earn them a spot on Canada’s U24 squad.

“It was a big move for the summer, but when Arabella said they needed a defensive handler, it was a great opportunity for me. I love the team, it’s such a competitive environment, and we train in a really cool facility,” said Devonshire.

“I’ve never played international teams (other than from the US), so I’m really looking forward to that. Japan is known for being highly skilled and fast, so that will be cool to see.”

Other Vikes alumni playing club and attending the WUCC this summer are Danie Proby and Nicola Parker, who play for Vancouver Traffic and Naomi Redmond, who plays for Toronto Union.

To follow along at the WUCCs check it out here.